I have recently been badly let down…

The person in question was in a situation which was difficult for her, she was highly stressed and appeared to be making herself ill.

So I listened, I supported, I trusted, I guided. I even went above the call of duty and threw myself in the firing line for her.

My action worked – her stressful situation dissipated and, in the moments when I took the heat away, she turned on me – blaming me for it all and informing everyone that would listen, that she was faultless. She quickly distanced myself from her and then she attempted to muscle in on the good work I created for her company!

The probability is you will have experienced a similar situation like this in your life. Where someone you trust, fails to reciprocate that trust and lets you down.  When this happens it is understandable that your response would be emotional and negative.

The unfortunate truth is that responding this way rarely helps anyone. Especially you.

The reaction that will serve you best will help you move on and be able to trust again quickly and wholeheartedly. Here is how:

“Forgiveness says you are given another chance to make a new beginning.”

Holding resentment inside only hurts one person – you. The last person who needs to be hurt by you is you, so you have to rid yourself of resentment.

Resentment is like drinking poison and hoping your enemy will die. The poison will do nothing to your enemy, but will kill you!

Forgiveness can seem hard… Why should you forgive someone who has hurt you? The reason you should is because forgiveness isn’t just about the antagonist, it’s about allowing yourself to stop hurting… and you deserve that.

Be your best self 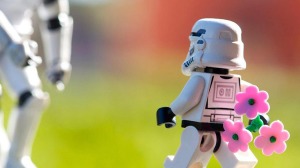 Sometimes when we feel we have been let down it is easy to close ourselves off to the world.

Who is this behaviour serving? Nobody, that’s who.

The past is the past. It cannot be changed, you can only learn from it. The one thing that is an absolute certainty in life is that if you want the future to be brighter, you have to bring your best self to the game.

Be bigger, be better and be bolder… be your best self and you will bring the best out of the present and the future.

Expect the best in others

If you expect the best from others, your behaviours will adapt accordingly and you will engage with the world in a positive fashion… and guess what? Engaging positively with those around you will, 99.9% of the time, result in positive outcomes!

Surround yourself with positive people

Don’t get sucked in by people who are self obsessed, negative or selfish… It will drain you. Instead look up at those people who soar… and choose to fly with them.

Putting it all together

The bottom line is that some people will hurt you – NEVER let that stop you being the wonderful and authentic person you are.

Be the best version of you!

GET YOUR FREE PDP THAT WILL HELP YOU BECOME THE BEST VERSION OF YOU – CLICK HERE NOW!! 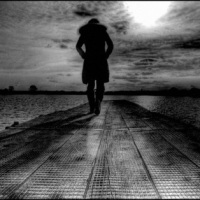 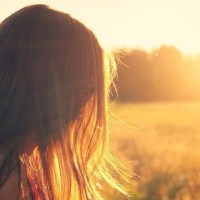